Guardian, Teenagers around the world share their fears and dreams

This is an uplifting, fascinating way to spend a few minutes, even if some of the kids featured face real challenges in their lives (including the ones from the UK and other ‘rich’ countries). I have a 14 year old and an 11 year old, and this was a great way to start a conversation with them about issues like gender, race, migration, image and so on.

From the World Bank. This review of the evidence on power sector reforms hit my twitter feed at just the right time, when I was about to head off for a workshop on the politics of the extractives sector. They look at the sweeping reforms from the 1990s to see how they worked and, more often, how they didn’t. They conclude with gaps for research where we need to better understand the motivations behind reforms, rather than just the processes, as well as actors, perceptions, risks and ‘private agenda’, or ‘distinguishing between corruption and other forms of rent-seeking and political interference’. They conclude by calling for more ‘thinking and working politically’ in the power sector space.

Heather Marquette & Caryn Peiffer, ‘Islands of integrity’? Reductions in bribery in Uganda and South Africa and lessons for anti-corruption policy and practice

Can I add my own paper? (yes, I replied…) Caryn and I compare two cases of bribery positive outliers – the South Africa police service and the Ugandan health sector – where there were dramatic, measurable reductions in bribery in a relatively short period of time. Both were the result of direct, principal-agent style interventions, one directly tackling bribery (Uganda) and one that was the unplanned outcome of a separate intervention (South Africa). While successful, they’re both far from problematic, and we look at the role that disruption and fear play in both cases and the role of unintended consequences, something we argue is a big gap in anti-corruption research and policy. 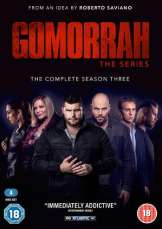 And now for something completely different… Spoilers alert! Anyone who has flown long haul with me has probably seen me watching the Italian mafia series, Gomorrah. Two episodes in particular provide a masterclass in how to build criminal networks. The two main characters, Genny and Ciro, have lost everything but overcome their Shakespearean rivalry to rebuild their empire from scratch, all in one episode. They start with little favours within their informal networks of disaffected youth (untraceable burner phones, the use of a car), move on to small-time dealing on street corners via the same youth gangs, then move on to capturing legitimate businesses, using the profits to buy votes for local politicians in exchange for public sector contracts which then allow them to take back more lucrative illicit business lines, such as ‘job buying’ and heroin. I can’t imagine a better illustration of the challenges development programmes face, including those that may think they have nothing to do with organised crime but may want to start looking below the surface. Streaming for free if you subscribe to Now TV (UK) or available to rent/buy on all the usual platforms.